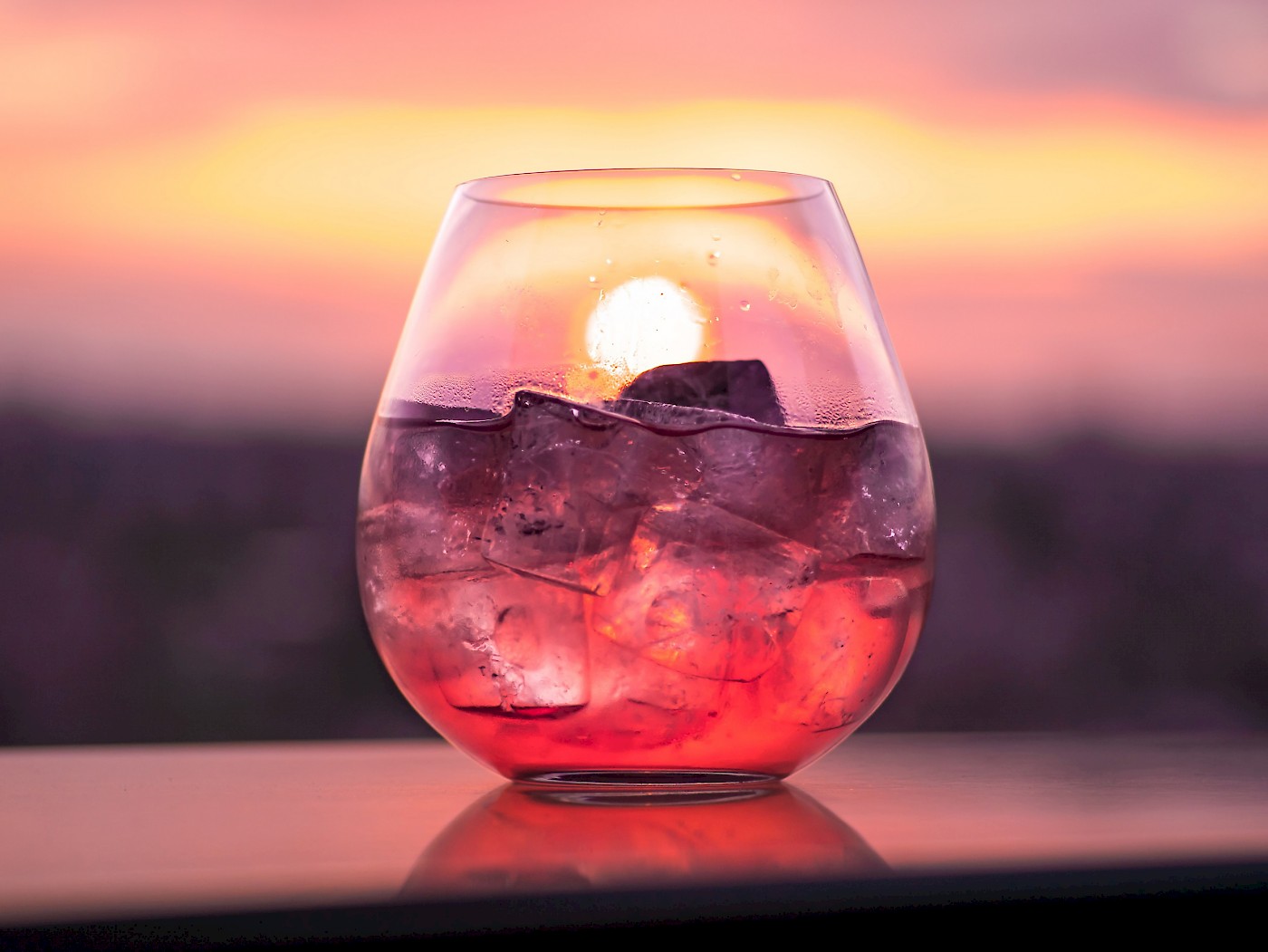 Will it be Tequila or Mescal Tonight? 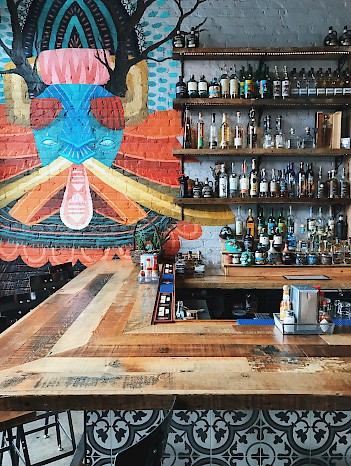 Will it be Tequila or Mescal Tonight?
Essential knowledge for the wise traveler

Here’s a taste bud adventure that’ll get you into “exotic travel mode” at home:  Smoky mescal, fresh grapefruit juice and Cocchi Americano blended into Mexican bliss! (This road-wise drink was invented by Scott Baird, senior mixologist for the Comal restaurant in Berkeley. Cocchi Americano is a sweet Italian aperitif wine you should be able to find locally.)

Do You Have the Spirit of a Traveler or Total Couch Potato?

So, are you a little bit of a risk-taker for the sake of adventure? You can be fairly sure of what you’ll get with tequila because it is highly regulated, but a sample of mescal is like taking a little walk on the wild side! (Mescal can be made with many different kinds of agave while tequila can only be made with one.)

The Difference Between Tequila and Mescal

While tequila and mescal both come from agave, not all mescals are tequilas.

Tequila is only made from one kind of agave and cannot be made elsewhere by law(!) Tequila is made in five official regions of Mexico, including the area around the town of Tequila: Michoacán, Guanajuato, Nayarit, Tamaulipas and Jalisco.

(also spelled “mezcal”), on the other hand, is much more widely made and comes in many varieties. It is not as regulated as tequila and in addition to the tequila-producing states is also made in regions where agave is plentiful; Oaxaca, Durango, Guerrero, San Luis Potosi, Zacatecas and Puebla.

Mescal is also different because it requires the heart of the agave plant to be charred before preparation. Roasting in traditional pits called “palenques” imparts a distinct smokiness to the flavor and sets mescal clearly apart from tequila.

As you can see in the video, mescal agave is cooked in earthen pits lined with lava rocks. While some large-scale mescal producers have adopted modern methods, artisanal mescal makers continue to use this traditional method.Mescal has been a homespun affair for hundreds of years and the art of mescal making has taken on a life of its own. Mescal and tequila are grouped into three categories by age, Joven (blanco or abacado, aged 0-2 months), reposado (aged 2-12 months) and anejo (aged at least one year). Families and towns have had their own mescal or tequila traditions dating back to the 1600’s! 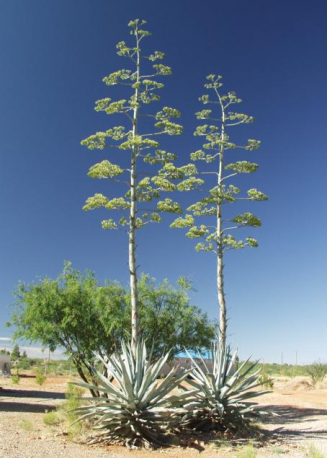 It takes several years to plan for your bottle of agave-based liquor! Unlike crop foods, agave takes a long time to mature properly.

Only blue agave (Agave tequilana) can be used to make tequila, but as many as 47 varieties can be used for mescal! Some species flower only once then die while others can flower almost every year.

Once the heart, or pina, is dug from the ground, the agave plant dies and it must be replaced completely. Agave plants are much like palm trees; the leaves grow and die annually. Herbicides and pesticides are applied until the year before harvest, then stopped.

Baby rhizomes called hijuelos sprout at the base of agave plants; these are cut and planted only after the mother plant is 3-4 years old.

An agave oddity: Sometimes you will find rocks in the middle of a mature agave. If the farmer can’t reach the flowering stalk to cut it off, they will often throw rocks at it to break it! To save the energy and sugars in the agave concentrated in the pinastalk, the quiote is cut off. 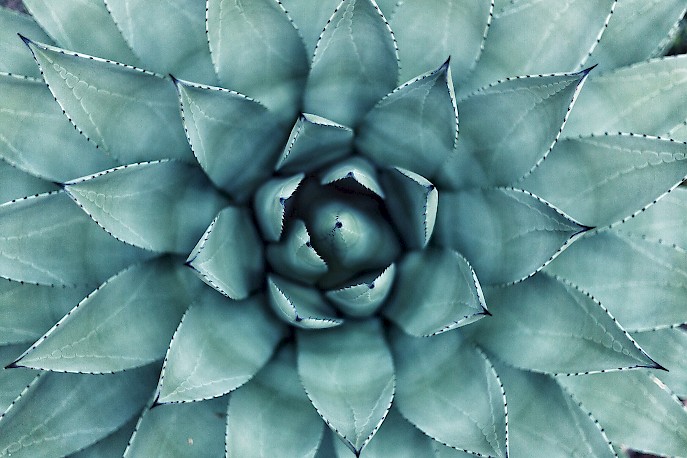 very particular government regulations. (Yes, you might be justified imagining government inspectors in big sunglasses tottering from barrel to barrel “inspecting” the product…!)

More about Tequila, Agave and Mescal

For lovers of detail (and tidbits to impress your fiends), we’re happy to provide a bit more of the story. Tequila is made by steaming the heart of the agave then distilling two or three times.

After leaving plants up to ten years to mature, agave branches are cut off using a long-handled knife called a coa, leaving the cabeza or “pineapple” at the heart of the plant. These can weigh from 20 to 250 pounds (!) and are used for juice extraction. They are cut and baked in stone furnaces or stainless steel autoclaves for one to three days to convert their starches into sugars, then shredded and placed in mills to extract the juices (mosto).

The juice is allowed to ferment for several days, then distilled two or three times until an almost colorless white or silver tequila is produced. 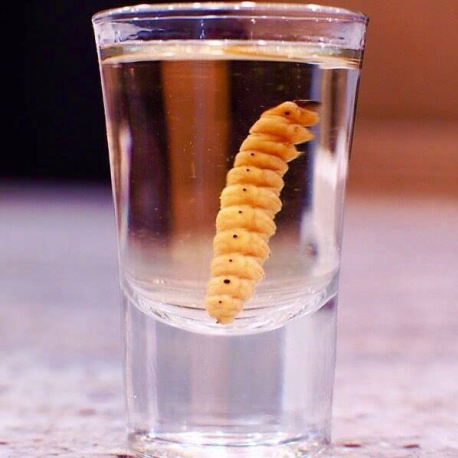 Our reward for those of you adventurous enough to read the whole enchilada down to the bottom of the page is the story of The Worm.

The worm (called a “gusano”) at the bottom of a bottle of mescal started as a total marketing ploy. That’s right, the call to be wild enough to suck down the worm was not just a challenge for the brave, but a marketing challenge invented just to get American gringos to drink mescal!

Mescal is the less regulated “cheap cousin” of tequila, and makers of the cheaper drink simply needed some way to make their beverage stand out. The Worm was the gauntlet they threw down and gringos world-wide (literally) ate it up! (Note that Mexicans do eat gusano, but they do *not* put them in their booze. This was a marketing ploy made specifically for the American market.)

You won’t find a worm in a bottle of tequila—ever. Mexican law actually prohibits them in tequila, but you can still find ‘em in mescal. Officially we say “steer clear”; you don’t need a worm to be macho in our book!

Come Along With Us and Get Some First-hand Experience!