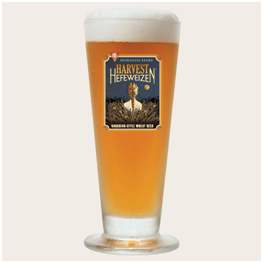 The foam also serves the very important purpose of image. When the beer arrives at your table after a quarter of an hour, you say na zdravi, hit the table with the bottom of the glass, then gulp down half the contents with your head tipped back 45° to get at the lager lurking beneath the foamy crown. Naturally this means your face is slathered with suds when you put the glass down. Exactly how it should be, just as you shouldn’t be shy about wiping it away with your hand. Let everybody see it. That would seem is the trouble with American beer. It’s too…clean.

The Czech Republic is a small country, smaller than South Carolina, the smallest state in the Deep South. I don’t know how many types of beer you can find in South Carolina, but in this country we’re talking hundreds, produced by giant breweries, local breweries, and it’s not uncommon to find pubs with their own  microbreweries. 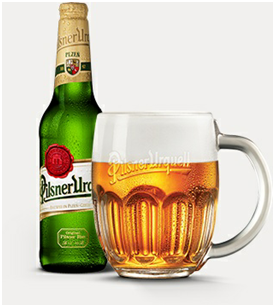 Sooner or later you’re going to have to name a favorite beer and when I  settled down in North Moravia, at the opposite end of the country, I took with me that glorious experience with Pilsner. Being so wildly popular around the globe, it wasn’t hard to find it in most pubs around here despite the territorial nature of the brewing business. And yet sometimes you have to wonder if the locals aren’t secretly at war with it. For 10 years, I went to this pub every Saturday night that brewed its own unfiltered beer, meaning fresh from the tank. I tried it, I liked it, but stuck with that first golden love. And yet you’ve got to credit the waiter for trying. Despite seeing me there every Saturday for 10 years drinking Pilsner, he nevertheless always asked what’ll it be. Of course, maybe he was just bad with faces.

The local favorite is a beer called Radegast, named after a pagan god who ruled the mountaintops of this area before Christian missionaries arrived. It’s a pretty hideous-looking thing in modern representations and the beer itself is rather bitter, which is what makes it so popular according to an ad. It shows an after-shift coal miner gulping down a glass of it with the caption “Thank God life is bitter.” As with the wheat beer, it’s an acquired taste, but today the only taste as far as I’m concerned.

Every year the Radegast brewery throws a festival on its grounds. I attended one just after an article about me appeared in the local paper, talking about this CD of fairy tales I had produced in English as a way of introducing Czech preschoolers to the language. I was standing in line at a booth where the barkeep was working at least 15 plastic cups. Because the stuff is mostly foam out of the tap, he had to keep filling them in spurts to enable the liquefaction process to complete. When it was my turn, he finished the final spurt and reached out to hand me the cup. Suddenly he pulls back and says, “It’s you! It’s really you!” 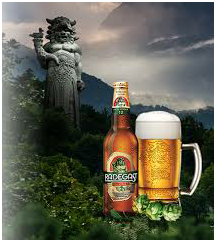 How about that, the article made me famous. Obviously, the scruffy barkeep had  kids who love listening to my rendition of the fairy tales. So I reach out my hand to take the cup, but he extends his arm past me and gives it to the fellow behind me. I sort of turn around to see who it is and sure enough, it’s really him, Jan Nedvěd, the great folk guitarist and biggest star of the festival. He was one of the reasons I was there. Definitely, give that man a beer before me. When Nedvěd asked the barkeep how much it was, the scruff wouldn’t hear of it. Your money’s no good here, man, get up there and give us a tune. So Nedvěd left with a free beer in addition to the unspeakable amount of brewery money that I’m sure was good enough for him.

I had to wait another minute or two for my cup to come, but when it did the scruff moaned out a figure that was about twice what it costs in the pub. In my faltering Czech, I told him who I was, you know, that guy in the article who just published that popular CD of fairy tales. Surely my money is no good here as well. Scruff just looked at me and said, “Do I look like I believe in fairy tales? Pay up, buddy.” Yes, life is indeed bitter.

Beer Tour of the Czech RepublicThis is a pleasure if you are thirsty and a great one if you are very thirsty!